33 Days to a Miracle

Discover the wonderful surprise one woman received after weeks of waiting to bring her premature son home from the hospital.

The other day, I was talking to my sister, Priscilla, about my miracles project–how I’m interviewing all those around me about God’s amazing wonders.

“Oh, you’ve gotta talk to my co-worker Crystal!” she said. “She has a great story.”

Sure enough, Crystal did have a great story. She loves surprises, and miracles are the best surprises of all. They come your way when you least expect them, she says. Like when her son, Izaiah, was born. Read on to discover the wonderful surprise Crystal received 33 days after his birth. 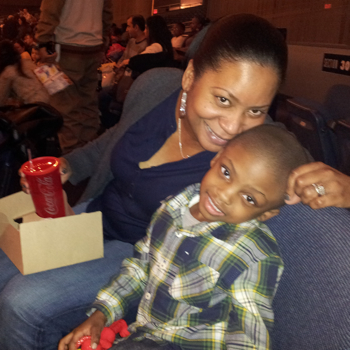 How do you define a miracle?
A blessing that comes to you without warning and asks for nothing in return.

What’s the most miraculous thing that’s ever happened to you?
The pregnancy and birth of my son, Izaiah. My pregnancy was complicated. At six months, the doctor noticed that my fluid levels were extremely low.  They admitted me and hooked me up to IVs. Three days later, I was discharged and told that I had to be on bed rest for the duration of my pregnancy and monitored twice a week.  At the eight-month mark, I went to the doctor and they found a dip in the baby’s heart rate.  They also noticed several blood clots in my eye, a clear sign of preeclampsia. At that point, the doctors told me I had to have a C-section.

After he was born, he had to stay in the hospital for 33 days.  In that time, he had two hernia repair operations and two blood transfusions. He was connected to several IVs and had all kinds of machines attached to him. He also had a feeding tube that drained into his stomach because he had no suckling reflexes.

I cried for 33 days. Wow. I thank God for my little miracle every day.

What was the turning point?
Every time I wanted to take him home, they said, “No you can’t take him. You can’t take him.” I was praying so hard. I was ready to give up. Finally, I just gave it to God. All of a sudden, a calm came over me and I just said, “Pull yourself together, Crystal. You can’t keep looking down, you can’t keep crying, you can’t not eat. You’ve got to get yourself together.” I knew God didn’t bring me that far to fail me. 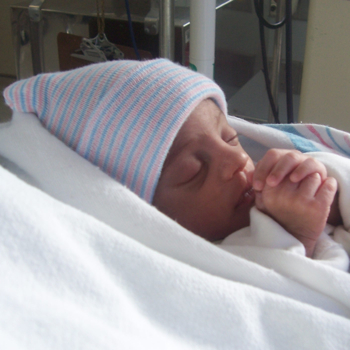 When I woke up the following day, I felt like a huge load had been lifted.  My energy was higher than before.  I was still sad but was able to deal much better.  About a week later, when I checked on Izaiah in the NICU as I did every day, they said, “We thought you would be here already to pick him up.” I said, “Excuse me?” They said, “Izaiah’s discharge papers are ready and he is waiting for you to take him home!”

Looking back at the photos I took of Izaiah from the hospital, I think he was praying too…

Now it’s your turn to get in on all the miracle talk! Why do you think God surprises us with his wonder? Share your thoughts by commenting below.