Animals That Save Their Owners’ Lives

Do animals have an instinct to protect us? If so, where does it come from?

Over the years, we’ve shared some pretty remarkable stories about animals that rescued their owners and other human beings. Pudding, the cat that saved a diabetic woman from a low-blood-sugar episode. A horse named Amber that stepped between her caretaker and a wild, violent mare. The mysterious stray that came to stay with a minister’s family while he was out of town—keeping them safe in a dangerous neighborhood.

These stories make us wonder… where do these protective instincts come from? They seem to hold no evolutionary purpose. Are they a sign of higher intelligence in these creatures than we seldom give them credit for? Or is there a greater force at work, using these furry friends to reach us at times when others cannot?

Today my attention was caught by an incredible story on the link-sharing site Reddit. Debra Lowery of Lake Ronkonkoma, New York, was taking a shower in her family’s split-level ranch house when she suffered a seizure. As she fell, she hit the hot water knob, turning it all the way up. Unbeknownst to the family, the hot water boiler was broken and unable to regulate the water temperature. As Debra lay unconscious in the tub, increasingly scalding water rained down on her.

Debra’s sister, Denise, was in her bedroom on the opposite end of the house and a level down from the bathroom where her sister lay in mortal danger. Denise didn’t know anything was wrong. Until a furry black creature poked its head through her door, barking repeatedly.

“Gangsta? What are you doing here?” 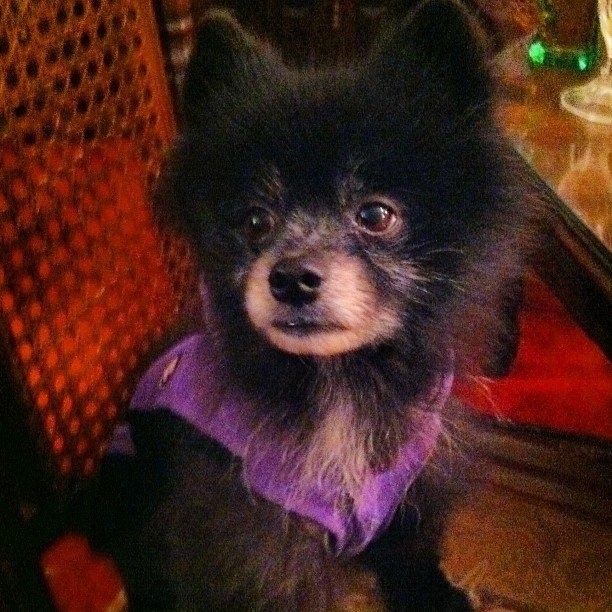 It was odd to see the family’s Pomeranian on that level of the house. Gangsta, a small dog, was absolutely terrified of walking down the home’s steep stairs. Someone always had to carry her from level to level. She had been in their father’s room on the top level of the house, but now had dashed down the stairs with an extreme sense of urgency. She would not stop barking.

Denise knew something was wrong. Following Gangsta, she rushed up the stairs and ran to the bathroom, where steam billowed from around the door. She burst in to find her sister badly burned. Denise quickly turned off the water, preventing her sister from drowning or sustaining further burns.

Even after significant reconstructive surgeries and skin grafts, Debra still bears scars from the accident. But she is thankful to be alive, and she celebrates her recovery. Today, according to her friend who posted her story to Reddit, Debra is an advocate for burn victims and donates what little she can to burn centers in her area.

She wouldn’t be alive without Gangsta’s help. A little dog who’d never run downstairs before—driven to do so by some force beyond logical understanding.

What do you think, readers? Do animals have an instinct to protect us? If so, where does it come from? Tell us in the comments below.

Has a pet you’ve owned ever acted in an odd, unnatural way, alerting you to danger? Send us your story. We might share it in our magazine!