Mysterious Ways in the News

This week’s Mysterious Ways stories include a friendship that helped fight cancer and a lost calico cat that came back home.

As the editor in charge of finding Mysterious Ways stories, I regularly scan the news for out-of-the-ordinary occurrences, strange moments that seem to defy the odds.

Three items from the news caught my eye this week. Are they only coincidences? Or evidence of a greater power at work? You decide:

1. This past Sunday, at Belmont Racetrack, a horse-racing facility in New York that was used as a staging area for emergency vehicles and personnel after 9/11, a ceremony was held to mark ten years since the attacks on our nation. The horses that won the first three races immediately afterward? #9, #1 and #1. 9-11. The New York Racing Authority has raised more than $2 million for the families of rescue workers and other victims of 9/11.

2. In 1977, Dr. Donald Goldman, a general practitioner from Pennsylvania, and Dr. Avram Hershko, a researcher and physician from Israel, met through mutual friends. Over the years, their friendship deepened. The Hershko family stayed with the Goldmans on their annual summer visits, and the Goldmans visited the Hershkos in Israel. When Avram won the Nobel Prize in chemistry, Donald was among the first people he called with the news.

Last year, Donald got news he didn’t want to hear. He was diagnosed with multiple myeloma, a cancer of plasma cells. Donald was terrified.

Fortunately, his doctor told him the cancer was treatable. A drug had recently been developed that showed remarkable success in fighting myeloma and other cancers.

Donald, seeking reassurance, reached out to his friend. Had Avram heard of the drug?

Of course he had. The Nobel that Avram received was for his research into the breakdown and recycling of cellular proteins—research that led directly to the development of the miracle drug. Avram was able to inform Donald about the effects of the drug even better than Donald’s doctor could.

3. Five years ago, a Calico cat named Willow disappeared from her Colorado home. The Squires family had long since given up hope. Their home was surrounded by territory crawling with coyotes, owls and other dangers to a little housecat. They put up flyers at the time but received no response. Imagine their surprise when they got a call this week from an animal shelter … in New York. Willow had been found, on 20th street in Manhattan, 1,600 miles from home. 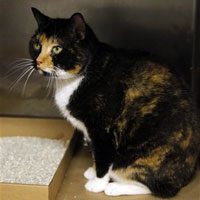 How did Willow journey across the country? Did she take in a Broadway show? Most importantly, how was she kept safe all these years?

Willow may not be able to tell anyone, but I suspect those of us with faith know at least part of the answer.

Willow’s not the only pet to find its way home after so long. NPR’s blog rounds up the most recent stories. Of course, over the years, we’ve shared a lot of these stories in Guideposts magazine. Like Heidi, the Army dog that went AWOL.

Have you read, heard or seen a news story that sounds like a “Mysterious Ways”? Send it our way at mw@guideposts.org.