I always open a new book on prayer with a combination of trepidation and enthusiasm.  “What new thing could possibly be said about prayer?” I often wonder.

Tim Keller, the founding minister of Redeemer Presbyterian Church in New York City, has just come out with a book titled Prayer (Dutton) and to my delight it is both helpful and new.  Or at least he makes points that were new to me.

First of all, he’s a good teacher with a broad range of sources.  He quotes heavily from people you would expect, like Luther, Calvin, Augustine, Eugene Peterson and C.S. Lewis.  But he’ll also turn to authors you wouldn’t expect to hear from.

For instance, when making the point that awe is essential to prayer, he parses the sometimes confusing biblical phrase, “the fear of God,” by turning to an anecdote from The Wind in the Willows by Kenneth Grahame.  He is reminded of the scene when Mole and Rat are about to meet their own fictional deity, Pan.  Mole asks Rat if he is afraid: 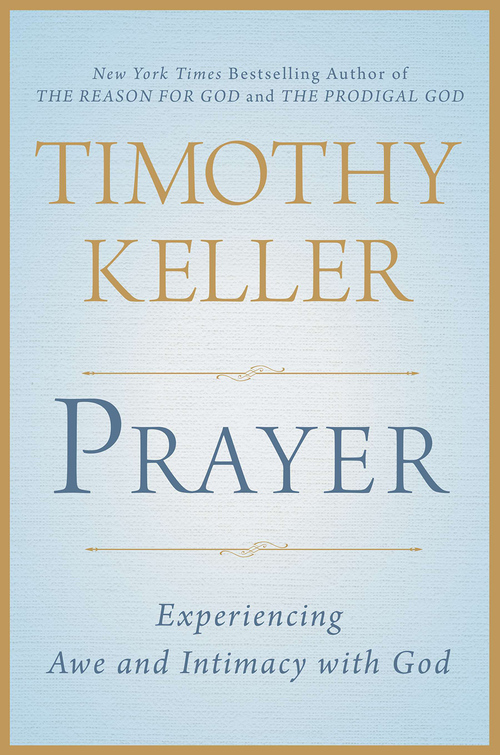 “That captures the concept of the ‘fear of God’ as well as anything I know,” says Keller.  “We could say that fear of punishment is a self-absorbed kind of fear.  It happens to people wrapped up in themselves.  Those who believe the gospel – who believe that they are the recipients of undeserved but unshakable grace – grow in a paradoxically loving yet joyful fear.  Because of unutterable love and joy in God, we tremble with the privilege of being in his presence.”

He clarifies the significance of praying “in Jesus’ name,” something that to my ears can sound automatic, as though it’s some sort of magic formula.  Keller points out that ideally, it is “to reground our relationship” and “to recognize your status as a child of God, regardless of your inner state.  God our Father is committed to his children’s good, as any good father would be.” Nicely put.

Most of all, he emphasizes how meditating over passages from the Bible enhances our prayer life.  He prays regularly through the Psalms (as I do) and explains how they expand our repertoire:

“The Psalms contain heights and exuberant outbursts that melancholic types would never produce on their own.  There are depths of heart insight that extroverted people might never discover.  There are complaints and blunt questions to God of which introverted and compliant people are less capable.”

He’s not much of an advocate for wordless prayer, and although I understand how our thoughts can get tangled up without good guides, silence is indeed a gift of prayer all its own.

Finally, he is compelling because he so obviously practices what he preaches.  As he says, he and his wife began to consciously set aside time to pray over fifteen years ago, and clearly, they’ve stuck with it.  He knows exactly how much hard work prayer can be and what benefits it brings.

This is the first book of Keller’s I’ve ever read.  Although we live in the same city and his West Side church is only a block from the public school my kids attended, I’ve never been inside.  But after reading Prayer, I had the yearning to drop in. Not to hear him preach. Not even for an interview.  Just to pray.

A New Look at the Powerful Women of the Bible

The authors were told there was no interest in their devotional for women.  Now it’s sold over one million copies.

There’s a special joy to spending a warm afternoon in the shade with a book—and a set of headphones.