Jaci Velasquez in the Role of a Lifetime

The contemporary Christian artist shares why her latest project is close to her heart.

Singer, author and actor Jaci Velasquez has been in the entertainment industry for more than 20 years. At the age of 15, the contemporary Christian music artist recorded her first album Heavenly Places, after years of traveling on the road and singing back-up for her father.

She’s since won seven Dove awards, racked up Grammy nominations, sold nearly five million albums and appeared alongside actors like Sofia Vergara and Eduardo Verastegui. Yet it’s her current job as mom to 7-year-old son Zealand and 5-year-old son Soren that she says is the most fulfilling work of her life.

Thankfully, Velasquez’s next role is one her two boys will love:  the voice of Shem’s wife in VeggieTales: Noah’s Ark. Velasquez told Guideposts.org that when she was offered a part on one of her kids’ favorite shows, she knew she had to take it.

“In our house, VeggieTales is king,” Velasquez explained. “It’s a big deal. My favorite thing about VeggieTales is that the movies are funny, they get your attention, keep your attention, make you laugh, make you feel loved and remind you that God made you special and He loves you very much. That’s what we want to impart into our children, you are special, you are unique, there’s nobody else like you. Adults and kids alike can sit down and watch it and you’re never worried about what your kids are going to hear.” 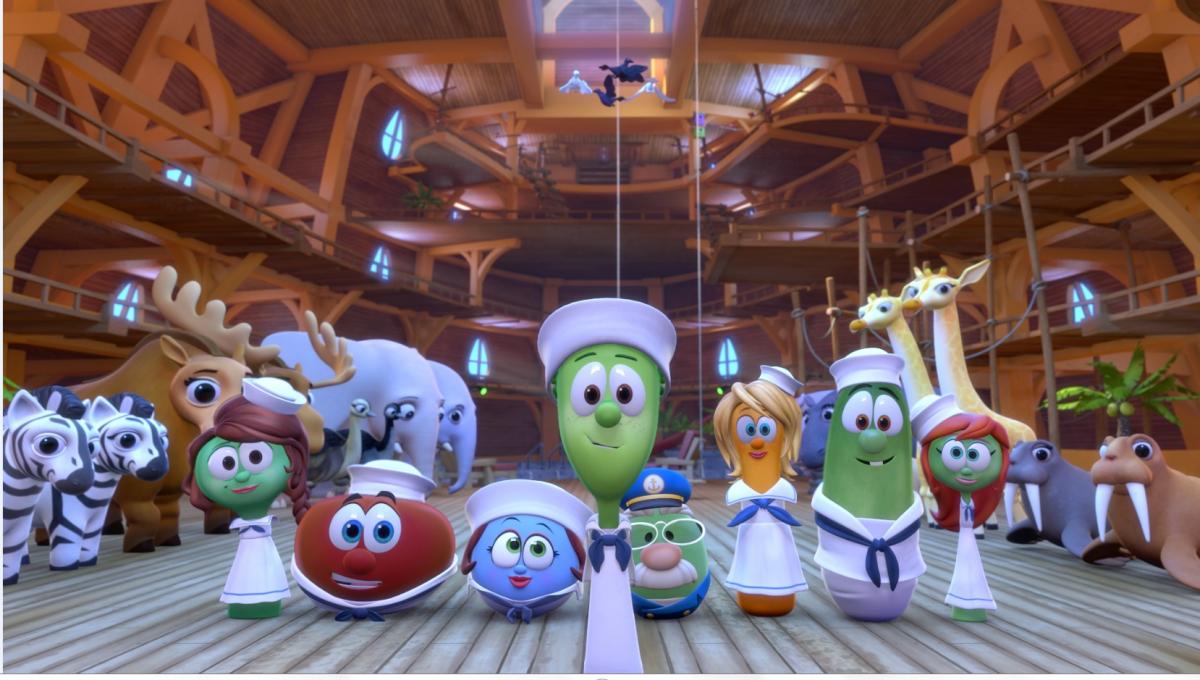 Though Noah’s ark is one of the most familiar and oft-retold stories of the Bible, Velasquez promises that this version offers something Hollywood never could. “This is a hard story to tell,” Velasquez admits. “Think about it: the earth is flooded, that meant all of humanity died except for the people on that boat. That’s a hard story to tell, especially to children.”

“They did an incredible job. They tell the story, keep it simple enough that kids can get it, and they don’t really tell the dark stuff. They tell the good stuff, what God was doing for them, how God was teaching them about listening for His voice, trusting in Him—all the things that are very difficult to do, but yet, when you do them, God will always show up.”

Vasquez’s amazing life is a testament to how God will show up in unexpected ways when you dedicate your life to Him. From her music ministry and acting career to her personal life with husband and fellow Christian artist Nic Gonzales, the blessings have been overflowing in her life.

“I remember winning artist of the year, singing for the Billy Graham crusade, [winning] female vocalist of the year. That was really cool and special to get that nod from your peers,” she tells Guideposts. But the greatest praise she’s received thus far has been from her sons.

“I’ve been a singer and done acting and stuff like that for a long time, but my kids, they really don’t ever look at me and care about the whole Jaci Velasquez thing. To do something [like VeggieTales]  where I was thinking my kids might actually enjoy something I got to be a part of entertainment-wise…they don’t like my music, they don’t like anything else, so I said of course,” Velasquez says.

“After they showed the film to my boys, my youngest came up to me and he goes, ‘Mommy, I am so proud of you, mommy.’ Grammy awards, Dove awards, none of that stuff even comes close to that feeling of your child being proud of you.”