Stephan James Is Bringing Life to a Legend in ‘Race’

The young actor talks breaking down barriers, the importance of diversity in film and what gave him chills while shooting the Jesse Owens biopic.

The Canadian-born actor got his big break playing American politician and civil rights icon John Lewis in Ava Duvernay’s Martin Luther King drama Selma just two years ago– a performance which earned him praise from critics and cemented his status as a promising star in the industry.

The movie also served as a catalyst for what might just be James’ career-defining turn – his portrayal of Olympic hero Jesse Owens in this month’s Race.

James learned he’d be playing the fastest man alive while still filming Selma and started preparing for the role soon after receiving the call.

“You don’t play the fastest man alive without training,” James jokes to Guideposts.org.

Two month of intense drilling – running spurts of 20 meters, 30 meters, 50 meters – and preparing his mind and body to inhabit the unique running style that Owens was known for helped James in his preparation. But the actor admits, like many people, he didn’t know the full story of what Owens had accomplished until he committed to playing him on screen.

“I learned a lot about him as a man,” James says. “That was even more intriguing to me than the athlete he was.”

Owens gained fame following his record-breaking career at Ohio State University where he was known as the “Buckeye Bullet,” thanks to his incredible sprinting speed and his abilities in the long jump. The youngest of ten children, the athlete grew up in poverty, working his way through school to support his wife and young daughter. 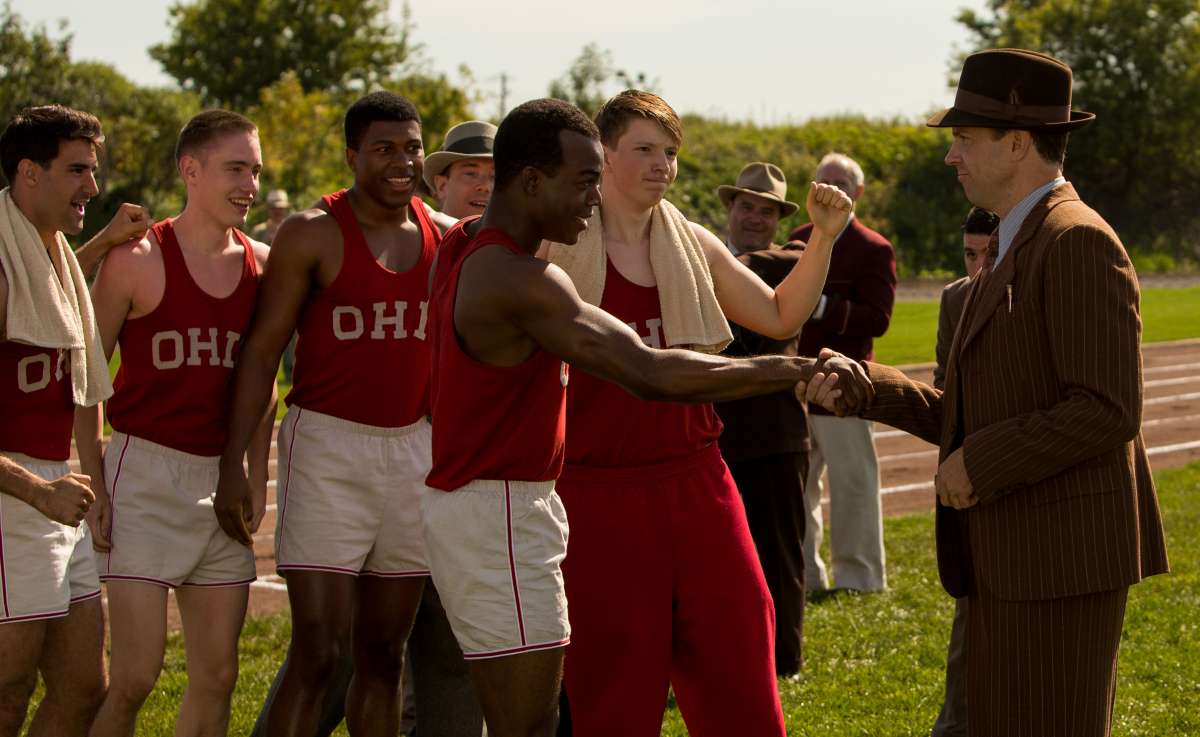 Stephan James as Jesse Owens and Jason Sudeikis as Larry Snyder in Race.

In 1936, Owens traveled to Berlin for the Olympic Games – an event broiling in controversy thanks to Hitler’s Nazi regime and its racist propaganda. Owens had to contend with racial inequality not only in Berlin – where Hitler’s ideas of a superior Aryan nation were stitched into the very fabric of the Games — but in America, as well.

Owens faced pressure from all sides when it came to attending the Games, but in the end he chose to represent his country and ended up winning four gold medals, shattering world records and breaking down barriers in the process.

For James, who learned a lot about the athlete thanks to Owens’s family – his three daughters were heavily involved in the filming process – it wasn’t until the actor set foot in the actual stadium where Owens made history, and where some of the movie’s scenes were shot, that he understood the significance of retelling the man’s story.

“It gave me chills,” James says of visiting the stadium which now houses its own lounge dedicated to Owens. “To be in that same environment as him 80 years later, knowing what it is he had done there and then to see how much love and appreciation people have for him. That’s one of those moments when I realized I was playing someone much bigger than just an American hero. He was a world hero.”

The timing of the film is also earning it some much-deserved buzz. The glaring lack of diversity in this year’s Oscar nominations has sparked a demand for all-inclusive storytelling in film and television. James thinks his film will only add to that conversation.

“It’s important that people are talking about issues of diversity in the Academy, in film and in television,” the actor says. “I think that Jesse’s legacy is a prime example of why it doesn’t matter what you look like or where you come from. Jesse was great because he was great. If anything, people should take that away from the film.”

He also thinks it’s important to continue to honor people like Jesse Owens, John Lewis and others on film in order to educate the next generation.

“It’s important not to let legends die,” James says. “Iconic figures are such a big part of the fabric of our history. Hopefully we can use their stories to help a whole new generation of people, to inspire them.”