This Bride Traded in Bouquets for Puppies

Meghan Butler may have just started a new wedding trend for the summer.

The attorney from Charlotte, North Carolina decided to forego the traditional flower bouquet in favor of something cuter and a bit, well, furrier.

It was during her bachelorette party that Butler and her bridesmaids decided instead of lilies or carnations, they wanted to be holding puppies for their bridal party photo shoot. The ladies had seen a similar photo series done with some sweet four legged friends and thought they could pull off something similar. Judging from the photos, taken by the bride’s friend Brittany Boland of Discover Love Studios, they were right.

“We’re all animal lovers, so it felt right and we could not get enough of them,” Butler told PEOPLE. 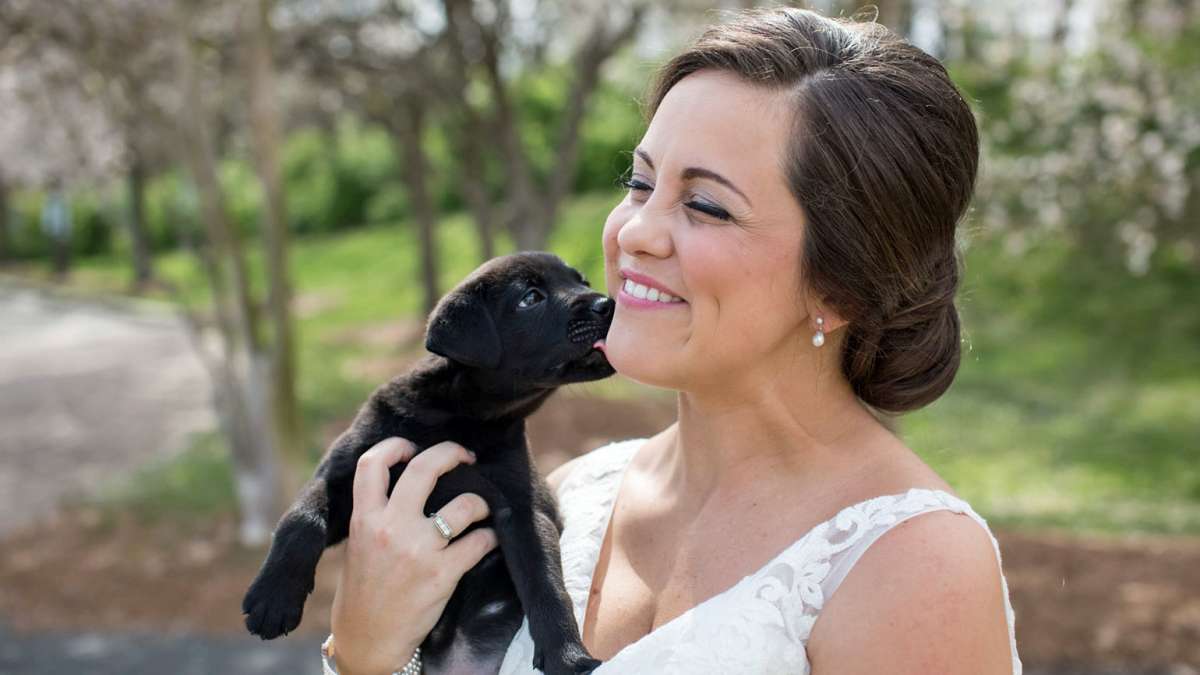 Butler with a puppy from the shoot. Photo by: Brittany Boland

Butler and her husband own two cats and two dogs, all adopted from shelters, so the bride to be wanted to make sure the pups in her photos were ones in need of a good home. They worked with the Greater Charlotte SPCA to get the dogs for the shoot and, instead of wedding favors, they made donations to the shelter in their guest’s names.

“It was really great on Meghan’s wedding day to be able to bring awareness to a cause she’s so passionate about – pet adoptions,” Butler’s bridesmaid Christine Eidson said.

But the best part about the whole thing? All of the puppies used in the photo shoot ended up finding their forever families.

“It was really special,” Butler said. “This is near and dear to my heart and to be able to bring awareness to the need for adoptions – that was the best part of my wedding. Besides marrying [my husband] Brett of course!”

Someone Cares: Comfort for Veterans

Her organization donates their time, sewing skills and materials to create beautiful quilts that honor our nation’s veterans.

Someone Cares: A Treat for Trick-or-Treaters

Someone Cares: The Most Important To-Do

Her daily list became a reminder of the importance of kindness unto others.

Continue Reading Someone Cares: The Most Important To-Do