A Coach Called to Active Duty

Commitment has new meaning for the Martime College football team.

Not because the team is doing poorly—in fact, the Division III Privateers are currently 6-0.

It’s because the coach, Clayton Kendrick-Holmes, 40, has a prior commitment. A member of the Naval Reserve, he received notice in the summer that he will be deployed for a year of service in Afghanistan, beginning in November. 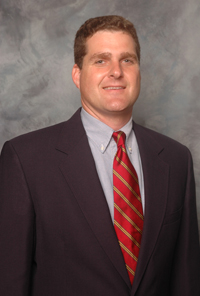 Kendrick-Holmes is not new to active duty. After graduating from the Naval Academy, where he played linebacker, he served three years as a damage-control specialist on a 453-foot ship that took him from the Panama Canal to Tunisia.

His players, however, were surprised by the news. They fell silent during their first pre-season practice, when Kendrick-Holmes told them of his call-up to active duty. “We want to do our best for Coach this year,” quarterback Joe Dickey told the New York Times. “That’s our motivation.”

The players have committed themselves to Kendrick-Holmes’s standards. In place of their names on the back of their uniforms, each wears one of three words: Accountability, Responsibility or Character.

At the same time, the coach has taught them perspective. “I think the military has brought [Kendrick-Holmes] that ability to lay out his mission for the [football] program,” Maritime linebackers coach Mike Stroud, who served 20 years in the military, told the Times. “But what you won’t hear is us equate football to war.”

Instead, the players have seen Kendrick-Holmes devote his time off the field to his wife and two sons, 12 and 9. They have learned, like their coach, to live life to the fullest, to appreciate all that they have. “I could probably figure out a way to get out of the commitment if I wanted to,” Kendrick-Holmes told the Times. “I’ve heard people ask if I could do that. But this is a call to serve.”

His team is doing its best to accept and respect that. Accountability, Responsibility and Character are qualities sure to help them win far beyond the football field.

How to Cope When a ‘What If…’ Actually Happens

Keep your emotional toolbox handy to keep yourself calm and clear when the unexpected comes to pass.

A Heaven-Sent Angel Encouraged Her

She feared she was not up to her new job. Then she looked out her window.

How to Find Optimism and Hope in the Darkest of Places

It’s called “tragic optimism,” and is a meaningful, positive response to real suffering in life.