“Everything I’ve got belongs to God, and I don’t mind sharing it.”

Have you ever been in a room with dozens of people who are working passionately to achieve God’s dreams for their lives? It’s an amazing experience.

I just got back from a trip to Nashville. No, I wasn’t making my country music debut. (And for that you should be thankful!) I was there for the Log Cabin Launch 2: Creative Industry Networking Party hosted by filmmaker Kyle Saylors of Saylors Brothers Entertainment.

Kyle and his brother, Kenny, are two of the nicest guys I know. Their work is phenomenal, and I’m thrilled to have them on board to work with me for a Just 18 Summers documentary project about family. The tagline for their company is “Entertainment with Purpose” and they’ve spent their lives with that goal in mind. 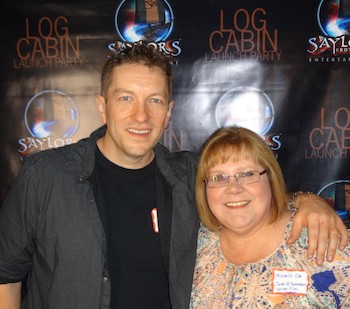 Their portfolio includes national and international television, hit music videos, sports shows and award-winning, critically-acclaimed documentaries. Their work has been featured on, and in, Fox News, Newsweek, BBC, Time Magazine, The New York Times, Hollywood Reporter and many more.

But what I love about Kyle and Kenny is that both men have huge hearts for God. They’ve given Him their talents and they’re making a difference through the lenses of their cameras.

One of those projects was Veil of Tears, a feature film shot in India (narrated by Recording Artist Natalie Grant). This powerful film details the cultural persecution of the women of Southeast Asia.

I think it’s so cool that two brothers from Texas are doing such big things for God.

Along the way, they’ve made some amazing connections. You’d recognize the names of many of their friends and business colleagues. But unlike many folks in the entertainment world who are unwilling to share information or connections, Kyle and Kenny never hesitate to do that.

That’s why Kyle launched the Log Cabin events at his home, so that his friends in the creative industry would have a place to meet, network and work together with others who have a heart for entertainment and for God. 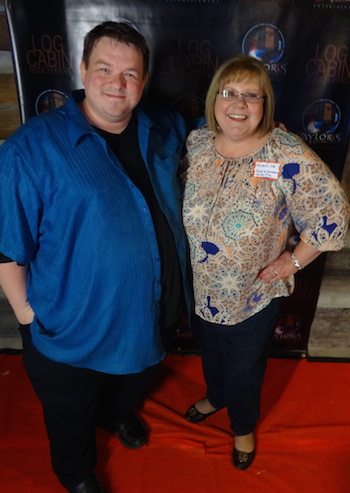 Kyle’s guest list sounded like a Who’s Who list. There were film and television producers, actors, bestselling authors and journalists, Grammy Award-winning musicians, screenwriters, and folks who do the promotion and marketing for those projects. Rooms at the log cabin were set up for concerts, networking and a variety of panels with leaders in the entertainment industry.

Ash Greyson, President and CEO of Ribbow Media Group, was on the promotion and marketing panel at the event. He’s worked on numerous films, including God’s Not Dead, The Giver, Son of God, When the Game Stands Tall and many other films you’ve probably seen.

Those who know Ash describe him as a genius at what he does and one doesn’t have to listen to him for long to agree with them. I never pass up the opportunity to pick the brains of a genius, so I chatted with Ash after his panel was over and asked for his advice for my Just 18 Summers project. I mentioned that one of my challenges had been connecting with some of the people I needed to reach.

I loved Ash’s reply. He said, “I can help you with that. I figure everything I’ve got belongs to God, and I don’t mind sharing it.”

Isn’t that an amazing philosophy? Think about how much more we could do for God if we’d all help each other, if our focus was on what we could accomplish for Him instead of ourselves.

So what can you do?

You know what I’ve discovered? God’s dreams for me have been much bigger than anything I could ever have imagined—and the journey to those dreams has been far sweeter when surrounded by others who are using their talents for God.

What are you doing with your talents? Are you using them for Him?

It would be a shame to stand before God one day and hear Him say, “I had big dreams for you. I gave you all these amazing talents. I was ready to open doors for you—but you wasted all of it.”

Let’s determine today that we’re going to spend the rest of our lives using our talents for Him . . . and that we’ll help others as well as they strive to do big things for God.

For I know the plans I have for you, declares the Lord, plans for welfare and not for evil, to give you a future and a hope. (Jeremiah 29:11)