Create an active and engaged life—one full of spiritual growth.

What do you wear to a vinegar festival? “A sour expression,” a friend of ours suggested.

The festival was hosted by Brother Victor-Antoine d’Avila-Latourette at Our Lady of The Resurrection Monastery in LaGrangeville, New York. Sounds like quite a mouthful, but the place looked a lot more down-home than that and the Benedictine Brother Victor was engaging and approachable, wearing a dungaree apron over his gray cassock. 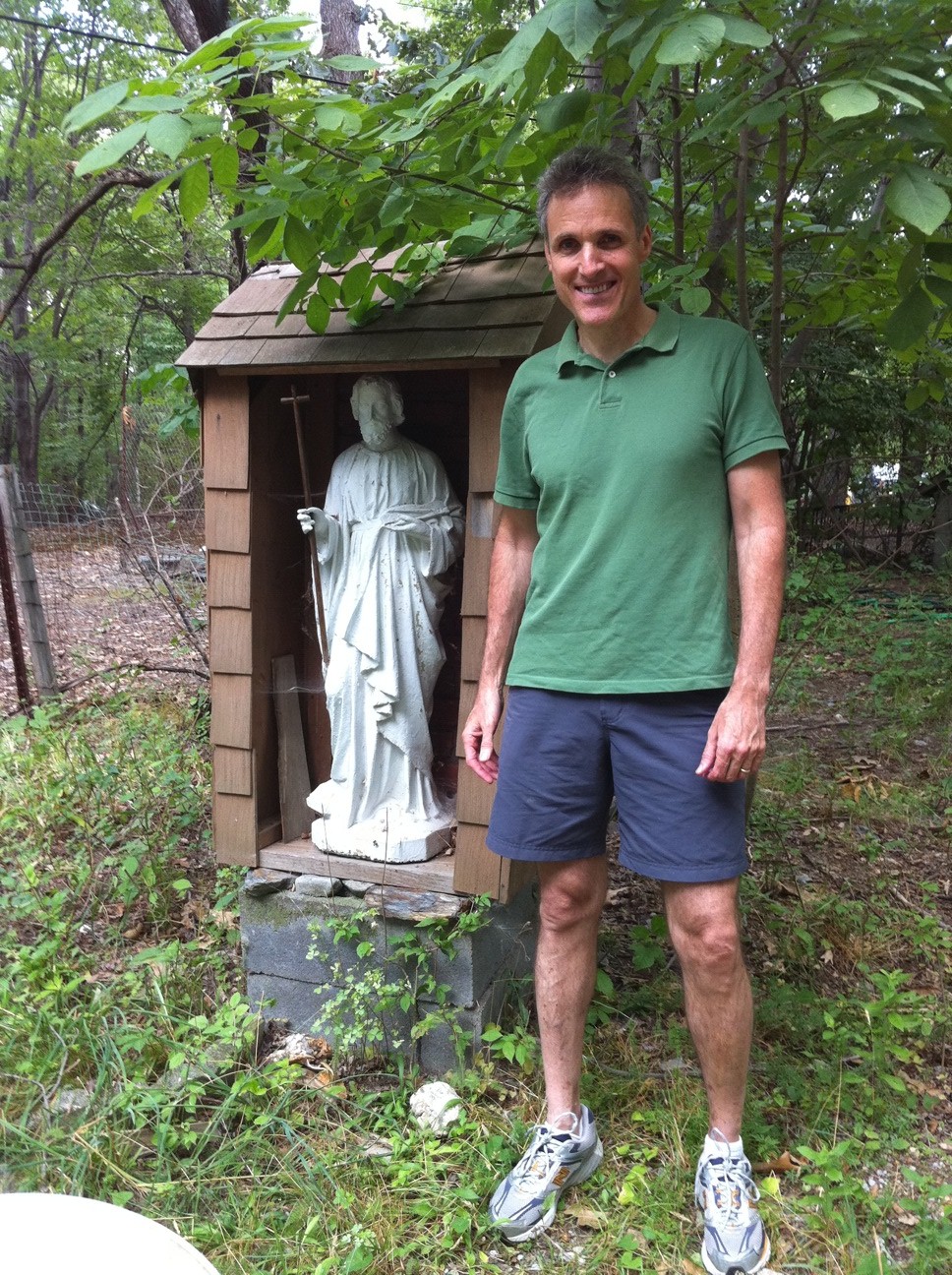 We were up in his neighborhood, visiting some friends, and they mentioned Brother Victor. He’s a bit of a local celebrity, the author of several cookbooks and devotional volumes. “My sister is going to his vinegar festival this weekend,” Carol said. “We could meet her there.”

We drove through beautiful farmland along a winding road, getting lost several times before we found Brother Victor’s place. We walked up the drive and I saw a cross on top of an old fence and a statue of St. Joseph on the drive. Several local farmers had set up tents to sell cheese, yogurt, cookies, preserves and yes, vinegar. Brother Victor makes his own, too.

He’s the only resident in the Benedictine monastery so he’s got a lot on his plate—a vegetable garden, sheep, geese, hens laying eggs for sale. It occurred to me that a brother who grows his own produce and sells it and puts on retreats and writes cookbooks has to do a lot of multi-tasking. But I suspect he does it in a way that keeps the important stuff first. “Ora et labora” have been the motto of Benedictines for centuries. Work and prayer, the two intertwined.

We found Carol’s sister, bought some food, talked to the sheep, talked to Brother Victor. I thought about how spirituality at its best isn’t an escape from anything but a step towards an active, engaged life. That my prayers are meant to keep me involved, caring, attentive. Carol took my photo and then we walked back to the car.

I don’t think my expression was sour at all.

5 Psalms for Praying Through Depression

These healing words of Scripture can sustain you throughout the day.

Praying for Protection During Hurricane Ian

Along with the flashlights, extra batteries, water and canned food, trust in God was key.

Bible Verses to Live By: ‘Be Still and Know That I Am God’