Is there a master plan? Sometimes we catch a glimpse of the blueprint…

At my parents’ house in New Jersey, there’s a videotape, a VHS from the mid-90s of a summer my sister spent at Camp Saginaw in Pennsylvania. My sister is doing something embarrassing in a talent show, if I remember correctly. But that’s not what’s remarkable.

What’s amazing is my wife is on that same tape–more than a decade before we met. She went to the same summer camp, the same year, just a different session. We grew up 40 miles from each other, but on that VHS, my wife and my sister are just a few minutes apart.

I thought of the videotape when I saw this story in the Daily Telegraph: “Photo of Couple: 11 Years Before They Met.”

A British couple, Aimee Maiden and Nick Wheeler, were looking through old albums when they discovered a photograph of young Nick and his family creating a boat out of sand on the beach. In the background, to the left, was a little girl, building a sandcastle. Five-year-old Aimee.

Nick and Aimee took their wedding pictures on the same beach, 20 years later.

It’s not the first time an old photo has revealed two lovebirds were meant to be.

Nicole and Rob Woessner shared this photo with the Easter Bunny (Rob’s mom), in 1981, years before they met: 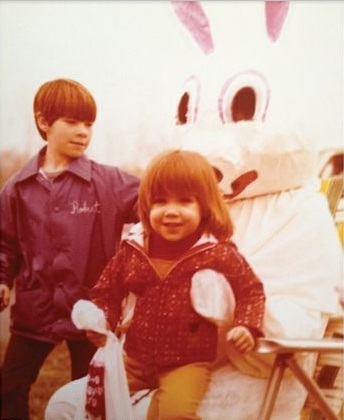 Evan and Bryan were strangers when they celebrated their first communion… not anymore: 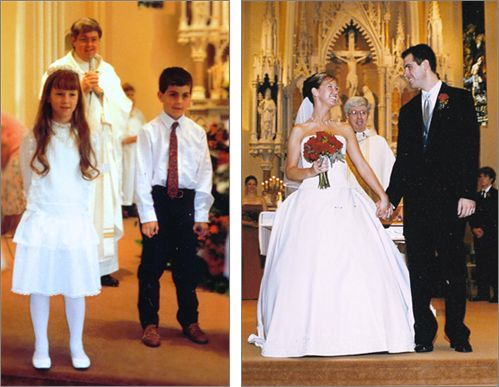 Rosemary couldn’t wait to introduce her fiancée, Robert, to her mom… but it turned out he was already a familiar face: 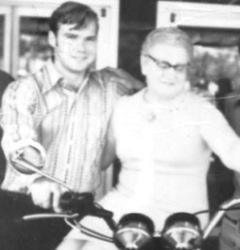 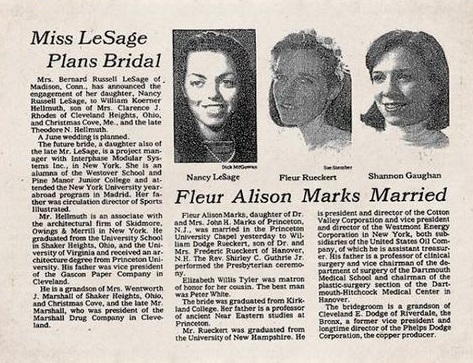 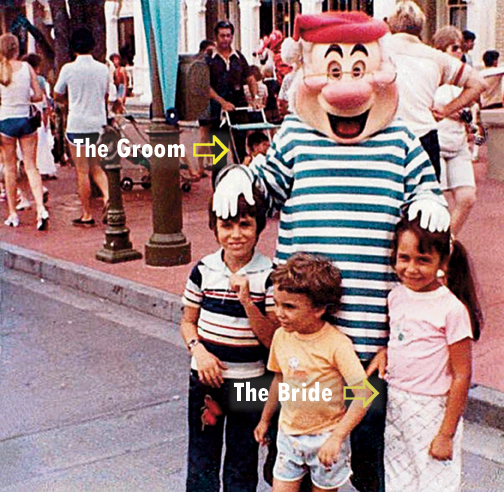 Do you have a fateful photo of your own? Share your picture and your story with us!