Sometimes a discovery I make in my general reading will become part of my formal devotions.

I love lists—bests or worsts, of songs or movies or celebrities or news stories, lists of almost anything. I’m going to share a number of my top ten lists with you over the next few months. And because I’m an avid, not to say compulsive, reader (all right, I admit it: I’m a bibliomaniac), my favorite lists are lists of books. So here’s a list of my personal top ten devotional books.

First though, a few words on reading devotionally. For me, there are two basic kinds of devotional reading. The first is the formal reading I do in my morning or evening quiet times, reading that centers on the Bible and a devotional resource like Daily Guideposts. The second kind of devotional reading happens when I’ve opened a book for study or for recreation, and found myself being moved to prayer and reflection.

This second kind of devotional reading is unpredictable; sometimes I’ll pick up a book I had no notion had anything to say about my relationship to God and find myself moved, even fundamentally changed, by that reading experience. Sometimes a discovery I make in my general reading will find itself moved to my devotional shelf and become part of my formal devotions.

The list that follows includes some of both kinds of book, but mostly the latter. To keep this entry manageable (for both of us!), I’ll tackle numbers ten and nine today and take two or three at a time until I’ve covered all ten. Remember that we’re not considering the Bible, which would always come out number one; I’ll share my top ten devotional Bible readings down the road. So here we go! 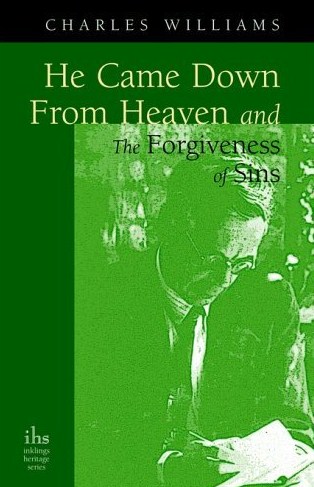 10. He Came Down from Heaven and The Forgiveness of Sins by Charles Williams.
From my first days as a Christian, in my early twenties, I’ve found spiritual sustenance in the writings of Charles Williams. A self-educated Cockney who spent his entire working career at Oxford University Press in London and Oxford, Williams was a somewhat odd but extraordinarily compelling man (he had a profound influence on his close friend C.S. Lewis) and an equally unusual but compelling writer. He wrote history, literary criticism, poetry (much admired by W. H. Auden) and novels—spiritual thrillers unlike anything else in English literature. This book combines two long essays on theology, the first on Jesus as God in the flesh, and the second on the Cross and the way God’s forgiveness plays out in our lives. When I first read it, I gained a new and deeper appreciation of the Cross as the answer to all our unanswerable questions about evil and suffering in the world. From Williams I finally learned how to handle the ups and downs of the life of faith: When our human words fail, look to Jesus the Word, and Him crucified. 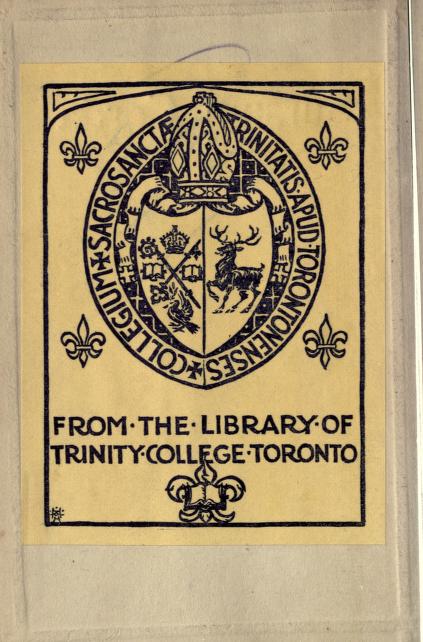 9. Sursum Corda by W. H. Frere and A. L. Illingworth.
This is a very old book (it was first published in the 1890s) by two Anglicans (Frere was a bishop) that gave me something I really needed when I began to be serious about prayer: a simple way to make sure my prayers didn’t get stuck on my own needs and the needs of my immediate family and friends. Frere and Illingworth provide material for prayer for each day of the week. Each day begins with a brief outline of the subjects to be prayed about, with both longer and shorter forms for both intercession and thanksgiving. When I began with the book, I used the short forms as printed, but now I try to use the outlines and fill them in with my own words or thoughts. One big plus is that the book is highly scriptural; Bible references are given for almost every line or prayer. Two drawbacks: the book is veddy, veddy British, so you’ll have to edit out the references to King, Parliament and the colonies, and it’s no longer available in a convenient bound format. But it is available for free at and it’s worthwhile just to look through the pdf for ideas and suggestions you can use in your own prayer. If you were a reader of The Guideposts Prayer Companion,  you’ll find here the originals of a number of the prayers we used in that series.

A New Look at the Powerful Women of the Bible

The authors were told there was no interest in their devotional for women.  Now it’s sold over one million copies.

There’s a special joy to spending a warm afternoon in the shade with a book—and a set of headphones.