The singer opens up about the loss of her grandfather, her miscarriage and how recording a family album helped her heal from both.

Hillary Scott’s new album has been a year-long labor of love.

The Lady Antebellum front-woman began crafting the record early last summer after her grandfather passed away. Losing the man who had helped raise her felt a lot like losing her anchor in life, she says.

“He was constant and he was safe,” Scott tells Guideposts.org. “There was such a security in being in his presence.”

After Scott and her family had taken some time to mourn her grandfather’s passing, they decided they wanted to do something to express their gratitude to the people who had supported them, friends and fans alike. Scott, along with her mom, dad and younger sister, began writing an album that would become both a “thank you” to everyone who had said a prayer or sent their love in the family’s time of need and a way for the singer to heal and process her own grief.

The result: a 13-track record that blends down-home southern gospel, country, pop, bluegrass and soul. Titled Love Remains, the new album features originals penned by members of the Scott family and producer Ricky Skaggs and some covers of contemporary favorites, like Crowder’s popular “Ain’t No Grave.” 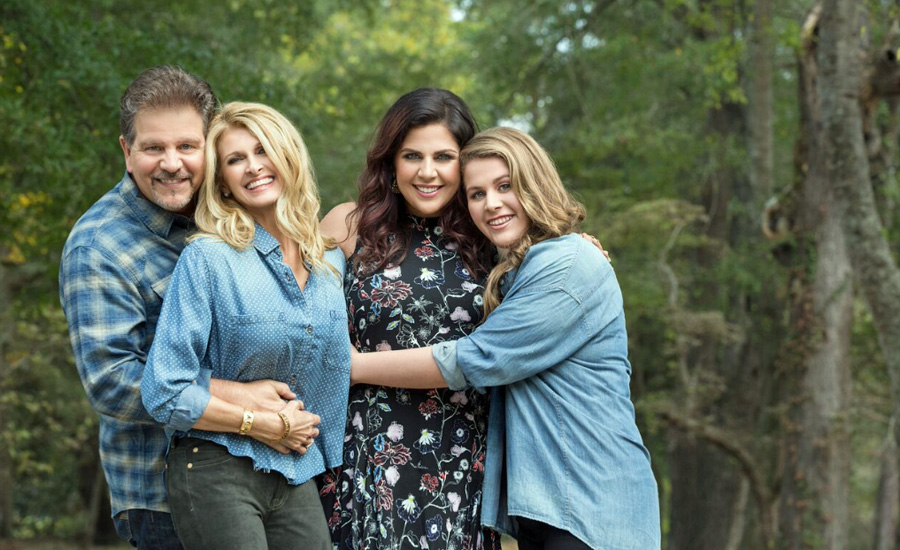 “We really wanted to kind of bridge the old with the new,” Scott says of the eclectic-sounding collection. “We’ve got a couple of traditional hymns and some contemporary songs we really fell in love with as well. It’s a melting pot.”

Scott and her family have been working in and out of the studio for months in order to get the new music ready and though the recording process has been a beautiful way for the clan to reconnect and make new memories, it’s also helped Scott heal from another tragedy.

Last fall, the singer suffered a miscarriage while working on the record. The debut track “Thy Will” is one Scott wrote while grieving the loss.

“It was a huge part of the healing process,” the artist says. “Having my faith tested so much in the midst of making a faith-based record – I just had to do it. I had to really make the choice to keep forging ahead, even in one of the most spiritually vulnerable places I’ve ever been.”

Scott said spending time with her family and penning her struggles to paper helped her get past those dark times – something she hopes to help others suffering through similar tragedy do as well.

“I felt not sharing it would’ve been withholding a huge part of my story — the story of my life that was going to forever change the rest of my life,” Scott says. “The second you see those two lines on the pregnancy test, you’re already envisioning this son or daughter crossing the stage at high school graduation. It’s not just this physical thing that happens. It’s the future, it’s the dream, it’s the ‘what could’ve been’ and I think it’s really important to let yourself go through grieving that because if you don’t, there’s a part of you that kind of dies with that experience.”

Though the album was born from a difficult time in Scott’s life, the process of making it has been one filled with joy.

“We had some of the most precious moments I’ve ever had in the studio with my family,” Scott says.

The singer hopes fans will hear and feel that same joy when listening to the record.

“It’s not a sad album,” Scott says. “It’s an honest depiction of life, the ups and downs. Our heart is that, when people listen to these 13 songs, they’re left full of hope.”

The Christian singer talks about his new album, working with Dolly Parton, and the moment that changed his life.