A single man is about to embark on the journey of a lifetime by adopting four sons–at once.

NOTE FROM MICHELLE: Happy Father’s Day to all of you Dads out there. I celebrate my Dad, the late Walter Medlock, and my husband, Jeffrey, who is an absolutely wonderful father to our girls. I am blessed.

My guest blogger this week is my good friend Cecil Stokes, who is not only a talented producer, writer and director, but also a man with a heart for God. After learning that he is adopting four sons, I couldn’t think of anyone better to share a Father’s Day blog. I hope you enjoy it as much as I did.

“Religion that God our Father accepts as pure and faultless is this: to look after orphans and widows in their distress and to keep oneself from being polluted by the world” (James 1:27).

Ok, sit down if you aren’t already. This has taken most of my friends by surprise. I am adopting four sons from foster care this year. And I’m a guy. And I’m single. It’s a few days from Father’s Day, and I don’t know if I will be a dad by Sunday or not. 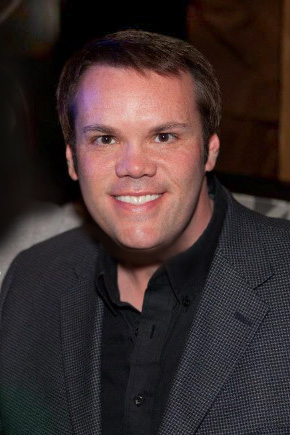 I’ve always known I wanted to adopt. For the last 20 years, God has sprinkled reminders to me that I would one day be a Father. I turned 42 this year with no wife and no kids. My greatest desire in life is unfulfilled, yet I never lost faith in God’s promise.

Shortly after college, I was frustrated when all my friends were getting married so I went away by myself to pray. That weekend, God promised for the first time I would be a dad, and he even shared my first son’s name.

In my thirties, I traveled to Israel and heard about my son again. One of my buddies and I were touring churches in Jerusalem and as we walked into the Church of the Annunciation, believed to be built over the cave where the angel Gabriel appeared to Mary, I began to cry uncontrollably.

I heard a voice say, “You are like Joseph, you will raise a son that is not yours.” I felt such a magnificent peace that I knew I was on holy ground.

Four years to that very day, God began a period of signs. For four weeks, every Sunday He revealed that it was time to have my child. By the fourth Sunday, I lay face down and asked “Are you saying the time is now? Alone?” I immediately felt the deepest and most profound peace I have ever felt, and it has not left me.

During these eight months, I realized I was meant to have more than one son. I’m not sure how many eventually, but for now I am starting with four because that is how many bunk beds my house will hold. I’ve been praying in those beds for weeks and leaving my boys messages on my phone.

Throughout the entire process, I have been so calm and relaxed, but my excitement peaked in the last few weeks since they could arrive any day. Last week, I was so wrapped up in the excitement that I begged God to bring them soon. He sweetly answered, “You would never pray for a woman to go into labor early, why are you asking for these boys before My time?” That was enough to restore my patience and my peace.

Though it is only known to God if I will have my sons by Father’s Day, I rest on His promises that I am already their dad.

Trisha Yearwood: Christmas in the Kitchen

The country music star, author and television personality shares memories of holiday cooking with her mother and sister. Continue Reading Trisha Yearwood: Christmas in the Kitchen

How I Think About My 9/11 Birthday

It’s the date of my birth, but also of mourning. How do I embrace both?

The Importance of Taking Your Grandkids to Church

We can’t begin to know what our children will become, but we can share what matters to us.