He struggled in prayer about what to write, and ultimately his faith led to an unlikely but remarkable friendship.

Charles W. “Chuck” Colson, who died this weekend, wrote an outrageously good book more than 35 years ago called Born Again. All the ink obituary writers have been spilling about his involvement in Watergate and then his heroic work reaching out to the incarcerated with Prison Fellowship make him sound at best like a second Paul, a man who switched sides. But his autobiographical account of that change shows what an honest spiritual renewal it was.

“Having seen through Watergate how vulnerable man can be, I no longer believe I am master of my destiny,” he wrote in the book’s introduction. “I need God; I need friends with whom I can honestly share my failures and feelings of inadequacy.” He struggled in prayer about what to put down and how to say it. “Out of prayer has come the help needed from experienced editors and publishing specialists.” 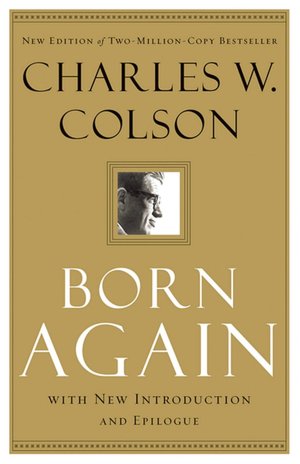 One of those specialists was longtime Guideposts contributor Elizabeth Sherrill. Tibby, as she’s known, tells a funny story about being asked to look at Colson’s manuscript and being brutally frank about its failings. Not sympathetic to his political views at all, she marked it up with one stinging critique after another. To her surprise, the editor passed along the inked-up manuscript directly to Colson.

Colson proved to be very grateful and in the end he and Tibby became the most unlikely friends.

Here is how he put it in the book’s acknowledgements: “Tibby had been one of those who marched outside the White House in an anti-Vietnam protest back in 1971 while I sat inside, seething with resentment against all demonstrators. In the secular world a Tibby Sherrill could not stomach a Colson manuscript; nor would a Colson let a Tibby Sherrill within a hundred yards of his book. But because we now share a commitment to Christ we could work together with common purpose, our opposite political viewpoints often producing new insights and more clarity in the manuscript.”

Of all the messages in Colson’s remarkable book, this one feels especially pertinent today. Would that all people of faith could listen to each other as carefully as these two, and learn from each other.

Jesus told us to love our enemies. Tibby Sherrill, well in her eighties today, would still not hesitate to march against any war, but her love of this man who was so different from her is unvarnished and her prayers for him undiminished. That’s what comes of being Born Again.